September is National Drug-Free Pain Management Awareness Month. This month-long awareness campaign was created to help fight back against the nationwide opioid crisis. The goal is to raise awareness of nonpharmacological pain management tools like chiropractic care that can help, instead of prescription painkillers.

Since the 1990s, when rates of painkiller prescriptions soared, the opioid crisis has been mounting. Now, it is a significant health crisis that can affect nearly every American. No one is immune to this issue. This crisis may influence you in one of these ways.

1.     You may lose someone you love. In 2017, more than 47,000 Americans died as a result of an opioid overdose. Too many people are suffering from the loss of loved ones who suffered from opioid addiction issues.

2.     You may develop an addiction. If you receive a prescription for opioids, the powerfully addictive nature of the drugs may cause you to abuse it. Nearly 21- 29% of patients prescribed an opioid for chronic pain will begin to misuse the drugs. This misuse often leads to more substantial drug use, including heroin, cocaine and other street drugs.

3.     A baby you know may be born with neonatal abstinence syndrome. The rates of children born suffering from opioid withdrawal have steadily climbed. Nearly 32,000 children were born with this syndrome in 2004. That’s almost one baby every 15 minutes. This issue costs our nation $563 million in treatment costs, as well as causing significant harm to the most vulnerable members of our society.

4.     Your teen may develop a substance abuse disorder. The opioid crisis increasingly harms injured teen athletes. Many athletes who have been prescribed a painkiller begin to abuse the drug. The University of Michigan found that 11% of high school athletes had used a narcotic pain reliever or opioid for non-medical purposes. That means that nearly 1 in 9 students has abused a prescription to get high.

5.     Your healthcare needs may be restricted. The opioid crisis costs our nation $78.5 billion in healthcare, law enforcement and lost productivity in 2015. As this crisis grows, more money will have to be spent to combat this issue, leaving other vital healthcare services in the lurch. Medical research and training which could be devoted to other health care issues, must be used to study the effects of this crisis.

There are so many ways we are all affected by the opioid crisis. These are only a few of the most prominent. As a nation, we need to start taking action to fight against this issue and look for healthier ways to deal with pain. That’s why National Drug-Free Pain Awareness Month is so important. This campaign was created to raise awareness of drug-free pain management, like chiropractic care. We have three free toolkits available for download, full of information to share with others about the dangers of opioids and the benefits of chiropractic care. Do your part to fight back against the opioid crisis by advocating for chiropractic care and sharing your positive experiences with it!

5 Ways to Avoid Injury During the Holidays

Be safe while decorating. Lots of Christmas comedies inevitably feature characters injuring themselves while hanging lights decorating their home. It’s funny in the movies, but sadly it’s an all too common occurrence in the real world. If you are hanging lights this year, follow these safety tips. It’s better to go slow and be safe than to risk getting hurt.

Make time for the gym. Who doesn’t love lounging around during the holiday break? Your back and body sure don’t. If you’re feeling sore, or if a persistent pain keeps recurring during your lazy day, it’s time to move your body. Motion is the lotion for your body, and you’ve got to keep it up during the break!

Wear supportive shoes. Holiday parties are a great time to dress up and look great. But those sky-high heels come at a cost. They can cause foot and back pain or even injury. Choose supportive footwear, or bring an alternative pair to switch into when your feet start to hurt on the dance floor.

Watch out for the kids. Playing with your kids, nieces, or nephews, or even grandchildren is part of the holiday fun. But too much roughhousing or active play can lead to an injury, especially a back injury. Show the kids how to play safely and teach them to avoid using your body as their jungle gym.

Be careful outside. If you live in a colder climate, ice and snow are not your friends during the winter. Make sure to clear your sidewalks of ice and snow, wear proper footwear and go slow. If you live somewhere where it’s warm all year round, the rest of us are jealous.

There’s nothing worse than ruining your holiday with an injury or unexpected pain. If you try to stay safe this holiday season and protect your body, you should be able to enjoy all the holiday fun and traditions. If you do start to experience some pain, book an appointment before your local doctor of chiropractic closes up shop for the holidays! 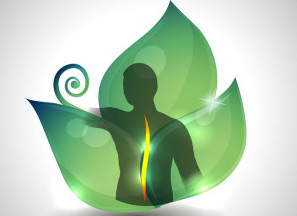 You might wonder why, with 130 Americans dying every day from opioid overdoses, F4CP even needs to raise awareness about available drug-free pain management. Then, among all the statistics pouring out, comes one pointing out that less than 20 percent of the public consider chronic pain a major health problem.

Chronic pain affects more people than diabetes, cancer and heart disease combined, according to the PAINS Project. While it might be easy to dismiss the overdoses as an urban problem confined to junkies in dark alleys, the truth paints a far different picture. For starters, 80 percent of heroin addicts began with prescription painkillers, reported the National Institute on Drug Abuse.

Even more telling, 68 percent of the 70,200 overdose deaths in 2017 involved prescription or illicit opioids. Prince and Tom Petty put a public face to the epidemic, but it reaches much deeper, from those struggling with chronic pain to teens raiding their family’s medicine chest and unborn babies who have no choice in sharing their pregnant mothers’ addictions.

But, as the 2017 Gallup-Palmer College of Chiropractic annual report discovered, 78 percent of Americans prefer to try other ways of dealing with their chronic pain before filling a prescription. And a growing number of groups, including the American College of Physicians, have called for drug- and surgery-free chiropractic care as a first line defense in fighting back pain.

Statistics, most recently a study involving active-duty military personnel, back up their support. The findings, reported by JAMA in 2018, found that chiropractic care, when added to standard care, brought moderate short-term improvements.

It’s a finding mirrored in other statistics. Ninety-five percent of Americans who sought chiropractic care in the past year said it was effective, according to the 2017 Gallup-Palmer College report, and 97 percent of them said they would see a doctor of chiropractic again if the pain returned.

Then there are public accounts, such as Ret. Army Staff Sgt. Shilo Harris, who was seriously injured in Iraq when his Humvee hit an Improvised Explosive Device (IED). Once addicted to his prescription painkillers, he now says his doctor of chiropractic “saved my life.”

How does it relieve the pain? According to Harvard Health, the spinal manipulation relieves the pain and improves the body’s functions, helping it to heal itself. Doctors of chiropractic often include physical activity, nutrition and other lifestyle changes in their treatment plans. And in talking with doctors of chiropractic, we often find that it was their own positive experience in receiving chiropractic care that prompted them to become a DC themselves.

If you see one of our new billboards around the country, you’ll see our simple message that says, “Back pain? See a chiropractor.”

Now you know why.