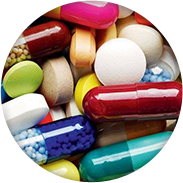 Safer Alternative for Chronic Pain Management:The Unites States has awakened on every level to the crushing impact of the opioid use/abuse epidemic.

Opioids are a class of drugs that include the illicit drug heroin as well as the licit (legal) prescription pain-relievers, oxycodone, hydrocodone, codeine, morphine, fentanyl and others.

Opioids are chemically related and interact with opioid receptors on nerve cells in the brain and nervous system to produce pleasurable effects and relieve pain. Addiction is a primary, chronic and relapsing brain disease characterized by an individual pathologically pursuing reward and/or relief by substance use and other behaviors.

It is estimated that 23 percent of individuals who use heroin develop opioid addiction.

Calls have come from the Centers for Disease Control and Prevention (CDC), the Food and Drug Administration (FDA) and the Institute of Medicine (IOM) for a shift away from opioid use toward non-pharmacologic approaches to address chronic pain.

Today, at least half of all U.S. opioid overdose deaths involve a prescribed opioid. In 2014, more than 14,000 people died from overdoses involving these drugs, with the most commonly overdosed opioids — Methadone, Oxycodone (such as OxyContin®), and Hydrocodone (such as Vicodin®) — resulting in death.

Regrettably, overdose deaths resulting from opioid abuse have risen sharply in every county of every state across the country, reaching a new peak in 2014: 28,647 people, or 78 people per day – more than three people per hour.

The newest estimates on the cost of opioid abuse to U.S. employers is estimated at $18 billion in sick days, lost productivity and medical expenses.

An important non-pharmacologic approach in helping to solve this crisis is chiropractic care.

This discussion offers greater understanding of the scope of the opioid situation, the elements that have contributed to it and an approach that emphasizes non-pharmacologic care. Collectively, we must begin to extricate ourselves from our current ineffective, dangerous and often fatal reality.

This toolkit will provide the necessary resources to effectively tackle the opioid epidemic, including the Foundation for Chiropractic Progress’ (F4CP) landmark positioning paper, ‘Chiropractic – A Safer Strategy Than Opioids,’ as well as print advertisements, advertorials, social syndications, infographics, social media postings, and more!